Just around this time of year – actually a few weeks before the new year – stalls will have sprung up in every shopping mall across the land, colonising unused corners, protruding into thoroughfares and pressing themselves unnervingly against the glass railings of the mall’s upper levels. Each of these stalls, simple wireframe rack-and-stack constructions, dedicated to the vending of calendars. Twelve months (or sixteen for the bargain shopper) with an image for every month. Every taste catered for, high-brow, low-brow, middle-, mono- and no-brow.

Dilbert. Doonesbury. Farside. Flowers of Florence or Villas of Venice. Or name your celebrity – if they’re hot right now they have a calendar. And even if they’re not exactly hot. There’s probably a 2013 Marilyn Monroe calendar even though she hasn’t been seen breathing since 1962. Most animals you care to name have their own calendar, excepting the flukeworm and cane toad. Bikini babes. Muscle cars. Historic homes. Bikini babes on muscle cars parked outside historic homes.

But bikini babes aside, there is more to calendars than meets the eye. Artefacts of astonishing complexity, they represent human attempts to locate our transient selves in an infinite expanse of time and space. To place our feasts and festivals, our endeavours and achievements, in some sort of relationship to the permanence of sun, moon and stars, the really longue durée of seasons and cycles.

Something of this desire for permanence, coupled with the grace and givenness of sun, moon, seasons and climate makes it easy to see how you could identify a particular calendar with the divine will, as the Q’uran says (Sura IX Repentance), “The number of the months, with God, is twelve in the Book of God, the day that He created the heavens and the earth; four of them are sacred.”

Calendars have certainly been around a long time. A reference in Hinduism’s earliest scriptures, the Rig Veda (1.154.58) may be the world’s oldest literary reference to a lunisolar calendar:

Twenty spokes, one wheel, navels three.
Who can comprehend this?
On it are placed together
Three hundred and sixty like pegs.
They shake not in the least.

Of course, it is equally likely that this a reference to the world’s first game of Twister. Probably, if the spokes and wheels are to be taken literally, a slightly kinky one. No doubt all that yoga helps.

But mostly calendars are an object lesson in how hard it is to get things right. Calendars may be solar, lunar or lunisolar. The solar ones (like the commonly-used Gregorian calendar) attempt to maintain synchrony with the tropical year. Of course, the Gregorian calendar, which was a replacement for the Julian calendar, itself a reform of the older Roman calendars, needs to add a leap day every four years (and deepest sympathies to anyone whose birthday falls on 29 February) except for the three century years in every four hundred years that are not themselves multiples of 400. And even with this tweaking, over about 8,000 years the Gregorian calendar will still fall about one day behind where it is now, assuming that the length of the vernal equinox year remains unchanged. Which it won’t.

Lunar calendars (like the Islamic or Hijri calendar) follow the lunar phase cycle and thereby fall further and further out of sync with the seasons, catching up again in much the same way as a stopped watch tells the right time twice a day – or every 33 years or so in the case of the calendar. Lunisolar calendars seem like the timekeeping version of hedging your bets, and follow a sequence of months based on the lunar phase cycle but adding whole months every few years to bring the calendar back into line with the tropical year.

As for their years zero, calendars trace their origins back to all manner of events. They may take their founding date from arduous journeys, like the Islamic calendar’s hijra of Mohammed and his followers from Mecca to Medina, or the Rapa Nui calendar’s arrival of Hotu-Matua and his followers on Easter Island. From the founding of empires, for example, the Vikram Sambit calendar of India or from the end of them, in the case of the Kurdish calendar, celebrating the end of the Assyrian Empire. Calendars often take politics as their starting point and mark their year zero on the birth of a putative new era, as does North Korea’s Juche calendar which beings with the birth date of “Great Leader” Kim Il Sung, or  the French Revolutionary’s short-lived calendar, marking a new Era of Liberty. Some calendars come with bodycounts.

They may trace back to the creation of the world, as the Byzantine calendar did and the Jewish calendar does. Or to an event of national significance – as the Nepal Sambat calendar does, drawing its inspiration from the payment of all the Nepalese people’s debts by a trader called Sukhadhar Sakhwa. Or a grand event in the life of a founder, as the Jain calendar – the Vira Nirvana Samvat – which dates itself to 15 October 527 BCE when the 24th Jain Tirthankara, Mahavira, achieved enlightenment and the kind of surveillance powers most western democracies would give their eye-teeth for. As the Kalpasutra relates,

During the thirteenth year, in the second month of summer, in the fourth fortnight, the light (fortnight) of Vaisakha, on its tenth day, when the shadow had turned towards the east and the first wake was over, on the day called Suvrata, in the Muhurta called Vigaya, outside of the town Grimbhikagrama on the bank of the river Rjupalika, not far from an old temple, in the field of the householder Samaga (shyamak), under a Sal tree, when the moon was in conjunction with Uttaraphalguni, [the Venerable One]… knew and saw all conditions of all living beings in the world, what they thought, spoke, or did at any time.

They may date to the birth of a saviour or leader, as does the Gregorian calendar, where the founding event is sometimes openly acknowledged as B.C. (Before Christ) and A.D. (Anno Domini – in the year of our Lord) and sometimes still acknowledged but in a more inclusive and politically-correct fashion as B.C.E. (Before the Common Era) and C.E. (Common Era). Of course, in further illustration of the difficulty of getting things right, Dionysius Exiguus, the 6th-Century monk who calculated the birth date of Jesus almost certainly got that wrong, and the dividing line between BC and AD (or BCE and CE) is, more likely, actually 4BC.

In these ways, and many others, calendars tell us the kind of stories we are living in. The story of a culture whose saviour was born in a cowshed, or of a culture that is no longer quite sure what to make of that. The year 101 since the birth of a Great Leader, or some unknowable distance along a path to enlightenment, looking back for inspiration to that one guy who achieved it that one time. Of course, we may also – as the Hindu calendar would have it – be 5,000-and-some years into the Kali Yug, the final 4,320,000 years of the divine cycle in which the world is sunk in vice and iniquity, all truth and righteousness leaching away, at the end of which Shiva comes to destroy it all. And given that we are already up to Season 14 of Big Brother – which itself looks like confirmatory evidence that we are sunk deep in the Kali Yug – it seems entirely possible that this will come as a relief.

Calendar systems entered popular culture with a vengeance in 2012, with rumours of an impending apocalypse predicted by the Mayan calendar. December 21, 2012, though, was never going to be the end of the world. It was more like the Y2K bug of the Mayan calendar system, which, with 20 k’ins (solar days) to a uinal, 18 uinals making up a tun, 20 tuns for every k’atun, 20 k’atuns to each b’ak’tun, and 13 full b’ak’tuns to complete one long cycle was a complete bugger to resynchronise. Basically, they just didn’t write out a new long cycle after the old one ran out. And who can blame them? The calendar stands in Mayan shopping malls were rarely able to stock more than one long cycle calendar at a time. On the upside, however, the calendar did contain a very large number of Mayan bikini babes.

Calendars are the stories of our days and nights, months and years, seasons and cycles. For a whole culture, the calendar is – quite literally – the time of its life. Until, like the Mayans, you just can’t be arsed renewing it anymore. Then it’s the end of the world.

Interesting, but if you are going to write this long a passage every day I’m not sure I’ll be able to read it every day! 🙂

Thanks Ragnhild. Most of them will have to be shorter, or I’ll never be able to write them all.

Have been told that the Nepali Bikram Sambat calendar dates from the time a long-ago king, seeing the suffering of his people, paid off all debts in his kingdom so that everyone could start anew. A kind of ancient Nepali Year of Jubilee. Oh, and you can still get copies of the must-have UMN calendar from communications@umn.org.np Sorry, no bikini babes – not even wet saris.

Hi Lyn. I know, I like the debt forgiveness story too. A great point to start the calendar from. I have the UMN calendar up over my desk at work *and* in our study too. 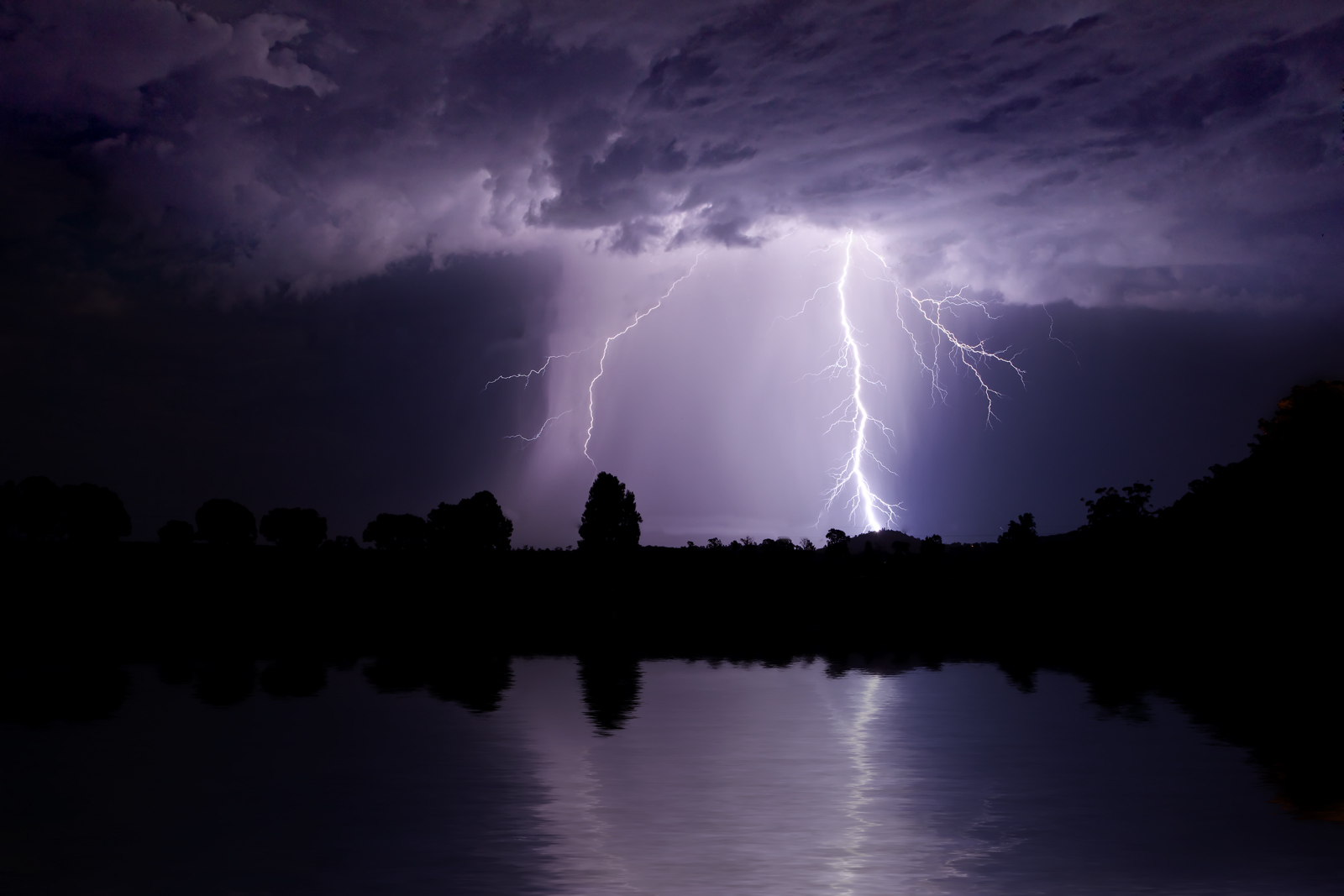